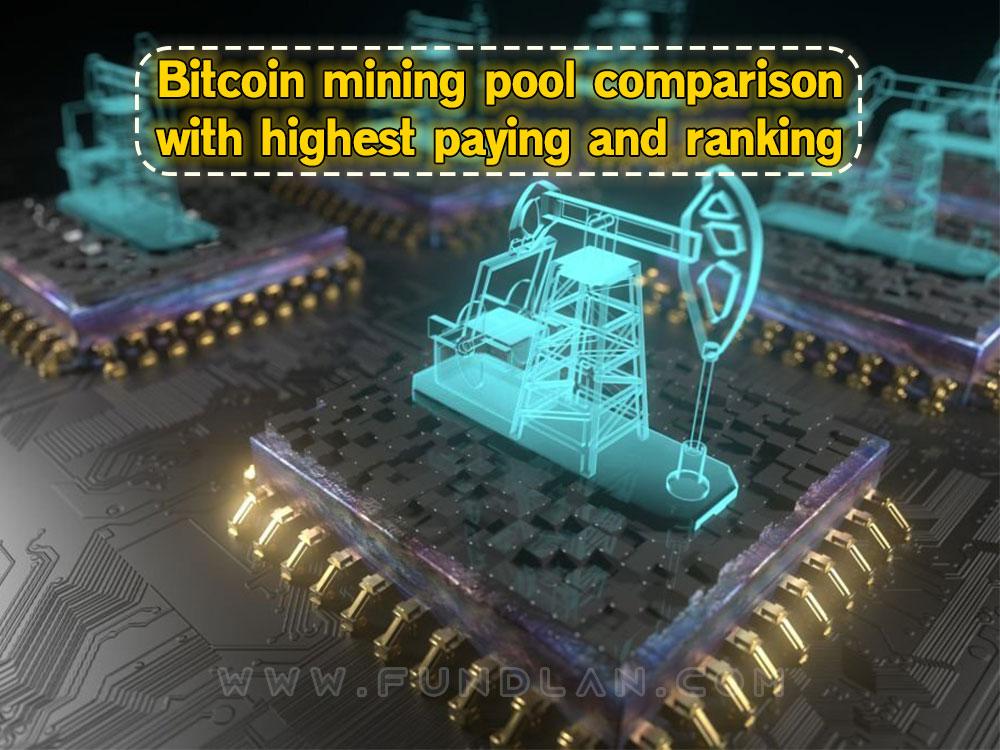 the number of Bitcoin miners has increased rapidly over time. As a result, today, we have reached a point where individual mining is practically inefficient and obsolete.

With a 20.2 percent share of the mining market, F2Pool ranks first in the Bitcoin mining pool list.

4-Viabtc: the fourth mining pool on our Bitcoin mining pool comparison list is Viabtc. Yang Haipo founded the Viabtc mining pool in 2016. Yang is considered one of Bitcoin’s great tycoons. The company uses the Antminer S9, one of the most robust mining rigs. Since the pool was established, miners have been able to mine more than 22,256 Bitcoins.

5-BTC.com: the BTC mining pool is one of the biggest cryptocurrency mining pools in the world and is supported by BitMain. BTC.com takes 13.6% of the hash rate within the Bitcoin network.

Although it haAlthoughed for around a decade, it remains one of the biggest and most famous mining pools. SlushPool’s prominence is due to the management’s interest in innovative features. SlushPool website e undergoes upgrades regularly to ensure that miners enjoy the best mining experience without the risk of becoming susceptible to attacks.

With over 1 million BTC mined since it launched in 2010, Slush Pool has successfully organized Bitcoin mining by providing individual miners with an environment to compete with established mining farms. SlushPool currently has over 140,000 active Bitcoin mining rigs connected to its network.

Antpool is the highest-paying Bitcoin mining pool. Antpool has been committed to providing users with high-quality multi-currency mining services since its establishment in 2014. Antpool supports BTC, BCH, LTC, ETH, ETC, ZEC, DASH, DCR, RVN, DGand B, and CKB, At the same time.

The pool is operated by Bitcoin’s biggest hardware manufacturer, Bitmain Technologies. The interface of the pool software is professionally designed, the profits earned by your miners are visible inside the software, and you can check the amount of hash rate for creating.

An amount in this pool is completely free.

How to start bitcoin mining at home for free on pc and phone?

Antpool, F2pool, Slushpool, and ViaBTC are among the best mining pools. Other pools, such as Pulling and BTC.com, are among the leading pools that can be suitable choices based on each miner’s criteria. Before choosing a Bitcoin mining pool, do the necessary research according to your circumstances and criteria.

is forex trading worth it and reliable in 2022?