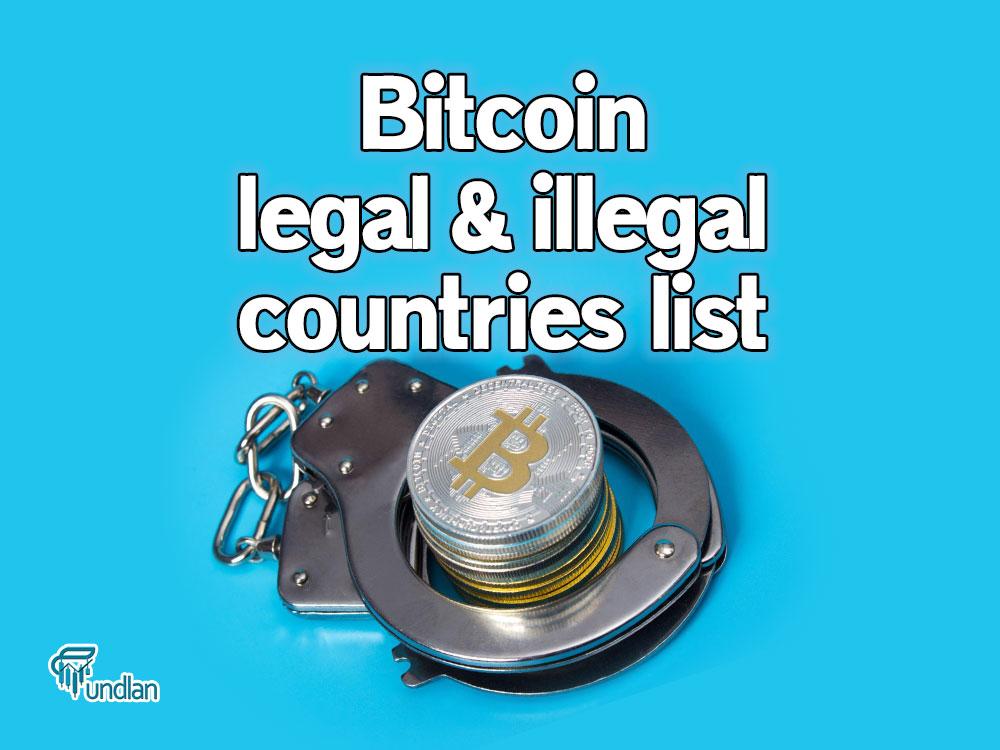 Here we will show you which countries have banned bitcoin and talk about some of the bitcoin legal countries too.

The Republic of Estonia, in the Baltic Region in Northern Europe, already has a history of using modern technologies. The Estonian government tends to implement technologies such as blockchain in health, banking services, and even government services.

the U.S. hosts the largest number of cryptocurrency users and the highest volume of Bitcoin trading in the world. The country has been a leader in virtual currencies from the outset with the support of Silicon Valley.

Denmark is one of the most advanced countries in terms of living standards and the use of modern technology. Denmark is also a leader in eliminating cash and using cryptocurrency.

Sweden has plans to use less cash and gradually remove it. With negative interest rates for Swedish banks, increasing demand for Bitcoin in the not-too-distant future could be a way for Swedish citizens to save and increase their wealth.

non-custodial wallet address | which is better and safe

Despite giant companies such as Samsung and LG, the technology industry in South Korea is a world-class leader. With this level of technology, it is no surprise that Bitcoin is seen as the legal currency in the country’s transactions and investments.

Some Other bitcoin legal countries are ,Netherlands ,Finland, Canada and UK

Bitcoin and other cryptocurrencies have always been welcomed around the world. However, some countries outlawed their use or possession.

Whether bitcoin is not licensed because of its decentralization nature or whether it poses a threat to their financial system, at least 10  countries have already decided to ban bitcoin. These countries are Afghanistan, Pakistan, Al Jazeera, Bolivia, Bangladesh, the Republic of Macedonia, Saudi Arabia, Vanuatu, and Vietnam.

In addition to the illegal bitcoin countries list, there are countries where Bitcoin cannot be used for payment. Banks and other financial systems do not trade with exchanges and cryptocurrency companies in such countries.(find out more about bitcoin-friendly banks on 11 Best Crypto-Friendly Banks)

Throughout 2021, China has gradually intensified the fight against cryptocurrencies. Chinese authorities have repeatedly warned the country’s people to stay away from the digital financial market. They are harshly treating bitcoin mining farms and cryptocurrency exchanges in China and abroad.

since Chinese authorities want to stream their currency, they have been trying to ban bitcoin and other cryptocurrencies. The People’s Bank of China is one of the first major central banks in the world to launch its digital currency, and, in doing so, it wants to monitor its people’s transactions closely. To learn more about china’s history of bitcoin bans, go to chinas-history-of-bitcoin-bans

Here we talked about bitcoin legal countries and bitcoin illegal countries list. The legal status of Bitcoin and altcoins varies significantly from country to country. In some countries, it is still not defined by law or directives, or its rules are constantly changing.